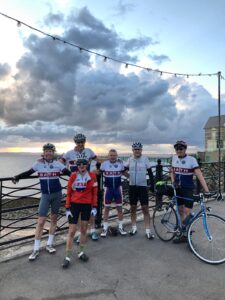 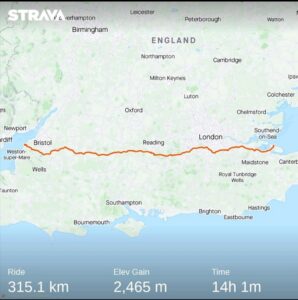 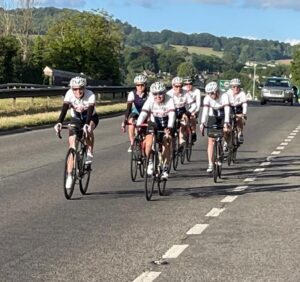 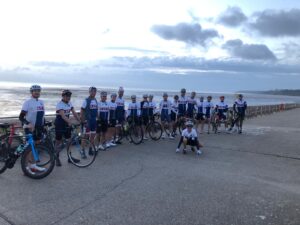 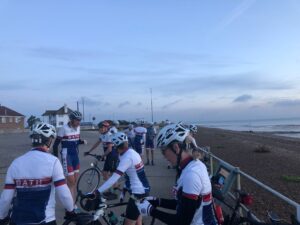 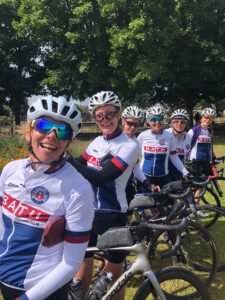 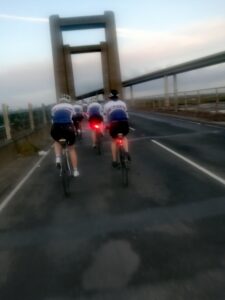 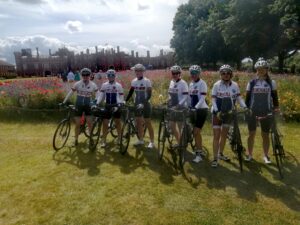 Bath Cycling Club Chase The Sun Event was a great success yet again this year.  A nod to the Summer Solstice, this is the longest ride (300kms) that some of us will ever do. A physical, motivational and navigational challenge, with the goal of riding our trusty steeds from East to West inbetween Sunrise to Sunset on the longest day of the year. A very big THANK YOU to our key members for route planning, coffee stops, home bakery, chutney, bike transportation and of course our friends and fellow riders for encouragement.

Bath CC have a new off road captain and are planning to provide more dirt based rides into the clubs current group rides offerings. Bath and the local surrounding countryside is a city blessed with an extensive network of trails and bridleways and there are a number of really nice loops all around the city. The surfaces are generally a mixed terrain, some technical, some not so and others highly seasonal. The MTB riding around Bath is great fun and varied.

Bath CC currently has a lot of interest in off road riding with a number of members participating in the Western Cyclocross League and currently hosts a monthly all terrain/gravel ride. These new rides will replace the all terrain rides and will be a cross country mountain bike group ride on a the third Sunday of each month. The first of these will be on the 30th January (due to other commitments the week before).The riders would require a mountain bike ideally with at least front suspension as we will be covering a range of terrains including trails, rocky bridleways and lanes around Bath. The routes can however relatively easily be ridden on Gravel Bikes so don’t be put off, the descents will just be a bit more ‘fun’.

The rides will be between 40-50km in length with a coffee stop if required, in the summer there will be longer rides such as a 100km epic around the Mendips. The rides will all start and finish in Bath and routes and sign up instructions will be published in the usual way.

If the Sunday group rides are successful and popular we hope to introduce additional midweek night rides and possible trips to trail centers both local and further afield (for example Windhill Bike Park in Longleat, Bike Park Wales, Cwmcarn, Afan  etc). Also, when Bath Bike Park is successfully completed the club could make really good use of that facility too.

In addition some Bath CC members are intending to race BMX at some of the regional events this year representing Bath BMX Club. If anyone is interested in taking part in this really fun and skillful sport Bath BMX Club are really well run, the coach Matt Eaton runs some excellent and inclusive training sessions. BMX is a really great way to improve bike handling skills and is great fun for all ages, so if any children or adults are interested in giving it a go please get in touch with the offroad captain Mat Turner. Some more information can be found in the links below:

And finally, the mtbepicsuk Cotswolds 200 ride is being run later this year and it looks like a belter, 4 days of off road riding from Bath up to Weston-sub-edge and back again and only £135 fully supported. Its organised by a friend of David Stoyle so it must be good. Some riders have already shown interest and it would be ace to get a team of Bath CC MTB’ers entered its certainly something to train for:

See you on the trails

Thanks to everyone who took part in the Santa Dash Tinsel Ride 2021. 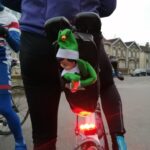 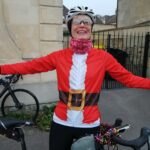 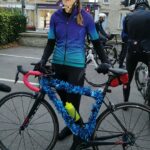 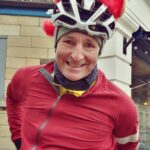 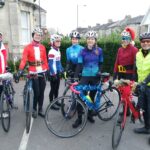 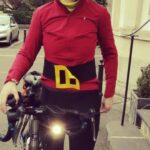 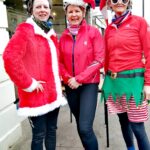 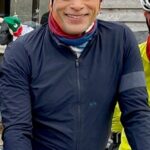 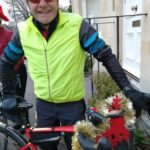 I wanted to thank all of you who made the recent AGM such a success. It was good to see so many members attending and contributing their thoughts and great ideas on how the Club should move forward on the topics that we discussed.
The main area of discussion (though not the only area) at the meeting was why less members are joining Club rides. The minutes of the meeting will be sent out in due course, but in advance of the detail in these, work on culture and attitude on rides, ride leader training, the number of people in groups and general bike skills were discussed. Thank you to Laura Cameron, Liz Hughes and Andy Stewart who have agreed to work with Julia Adamson and Davids Oliver and Stoyle to develop a plan of action.
We also thanked the outgoing officers of the club who have contributed so much of their time and energy to the Club over their periods on the Committee; Andy Hicks retired as Chairman, Amanda Whipp as Treasurer, Darren Edward as Welfare Officer, Nigel Vaugniaux as Trophy Secretary and Michael Taylor as Off Road Captain. Special thanks to Aileen Brown who had been on the Committee for 15 years and is a stalwart of Club rides. Thank you to the members who have volunteered to take on the vacant officer roles.
As we all agreed we belong to an inclusive and friendly Club. We want to ensure the Club meets the varied cycling needs of all its members.
e as Chairman. I look forward to serving the Club in my new capacity.
Hilary Oliver

Bath CC Santa Ride/Tinsel Ride is 18th and 19th Dec 2021. All ride categories are included so everyone can have a go at dressing up your bikes with tinsel or as Santa. Please take lots of photos to show us your efforts and spread the cheer. 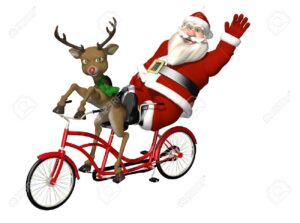 Fellow Club Members, please be aware over the coming Winter months and onwards, of extra road hazards caused by Ash Die-Back. Although local Councils have taken a number of trees down already, the problem is now so widespread that you may come across twigs, branches, boughs and even trees across your path. Cycling after windy weather may also increase the amount of debris from Ash.

The Friday women’s rides are back after the Summer break. These highly sociable rides have groups ranging from steady to medium to quicker. The quicker rides have longer routes to the cafe stop to make sure we all get there at the same time for a good chat. Do join us whatever your standard.

There is a suitable ride for everyone. 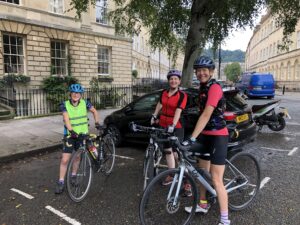 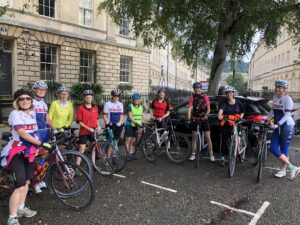 In 1905, my Great Grandad, Harry Maslen (on the left in the old photo) set a Bath C.C. 12 hour distance record of 148 miles. He did this on fixie dressed in tweed (He’d missed the club kit officer’s order deadline for the skinsuit). 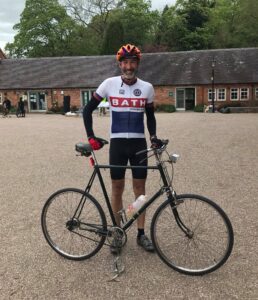 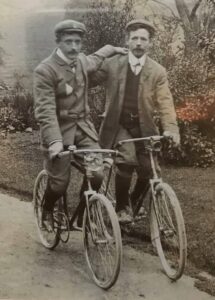 lack races to go for this year I decided in a moment of madness I’d try to equal his record and to do right by Harry, I’d do it on the oldest bike I have, my 3 speed Raleigh Superbe. This former Policemen’s bike weighs a measly 16KG stripped down, 1KG of which is rust. The bell stays on as it gives me something to do.

I’ve done TT’s, a sportive, triathlons and lots of training rides but I’m still a way off 148 miles and I’m starting to realise Harry Maslen was more than a bit handy on a bike and he was definitely BAD ASS. Our lives overlapped by one year and we did meet. I can’t actually remember this but whilst trying to get me to burp over his shoulder he must have passed me the family bicycle pump, a metaphorical baton for the love of bike riding because it’s definitely in the blood.

To honour the heritage of the record I have trained and will riding in a Bath CC jersey (kindly loaned to me by David Stoyle). I will be however riding in the East Midlands, venturing into the Peak District where I know the roads and strategically the cafes. I know as serious cyclists we accomplish many amazing feats of endurance on a regular basis but to me this is a bit special, it’s definitely a one off. So in doing this I’d like to try to make a little money in aid of Rainbows Hospice, the only hospice in the East Midlands for children and young people. (Rainbows.co.uk) If you’d like to support my efforts that would be wonderful. Please gift aid if you can. My just giving page is:- https://www.justgiving.com/fundraising/chris-redding2 or go to Just Giving and search Chris Redding.

PS Does anyone know who my Great Grandad’s pal is on the right in the old photo above? 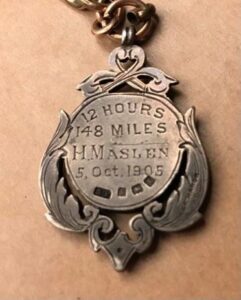 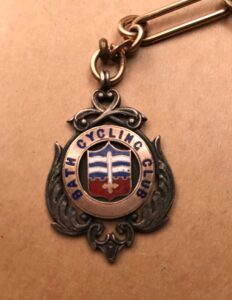 The update of this is in June I equaled the Bath CC 1905 12 hour record of 148 miles which I did on a vintage Raleigh Superbe for charity. With that came 6,936 feet of ascent (plonker). On a 3 speed I paid for this BIG time but at least standing up my bum got a break. My finish line was rather conveniently a pub car park which is another good reason why not to do this record stuff on a dual carriageway. I had to ride very hard in the last 20 miles to match the record as it became clear I’d overcooked the scenic route idea and was in danger of missing the record altogether. I’m no stranger to racing but this final 20 miles was probably the deepest I have had to dig riding and where my admiration of true 12 hour riders was forged. As the pocket watch struck 12 hours I had ridden 147.976 miles. I’m rather hoping I can round up because I’m not doing it again.

To date this challenge has raised over £1,300 for a children’s hospice and I am incredibly grateful to everyone who donated, thank you!!

PS I’m now really hoping that one of my other Great Grandparents DID NOT swim the channel!

We have been working on the awards the Club makes each year with a view to making them more relevant to all members.  The result is 33 awards for racing activities and 16 awards for non racing activities.  You can see the detail on the BCC Annual Awards 2021

The numbers in the green boxes refer to the Trophy allocations 2021 that will be awarded for each event.

While respecting the racing heritage of the Club this is a great step forwards as it allows everyone in the club to join in without having to enter events.  Although we will making awards to the winners the real fun is seeing how you do against your friends that you ride with week in and week out.

If you haven’t tried them yet you can find the segment for the Club Climb here:

And the Club Sprint here:

Later in the year we will be asking members about how many miles they have ridden and feet they have climbed so we can pull a league table together (unfortunately we can’t get a league table for these off strava).

So while the sun is shining, the roads are warm and the air is thin get out there and have a go! 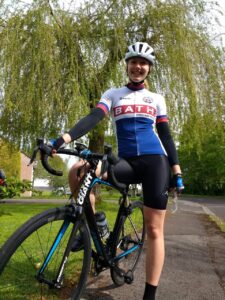 Maddie decided to turn to cycling with a borrowed bike and cycling kit with Bath Club when her main sport of interest, swimming, was put on hold due to COVID-19. As it turned out she enjoyed it so much she was soon developing her skills within the weekend Club Paceline Groups, Odd Down Skills Sessions and Time Trials at Castle Coombe. Maddie is in full time education so is planning to use the fund to help support her with her race licence, the necessary kit and her time spent training and participating in events to take her cycling to a higher competitive level.  Bath Cycling Club is proud to support and nurture Maddie with her endeavours to achieve her cycling goals and we look forward to hearing of her developments.

For those of you who are interested in applying for the Support Fund in relation to cycling activities please email chairman@bathcc.net for further information.